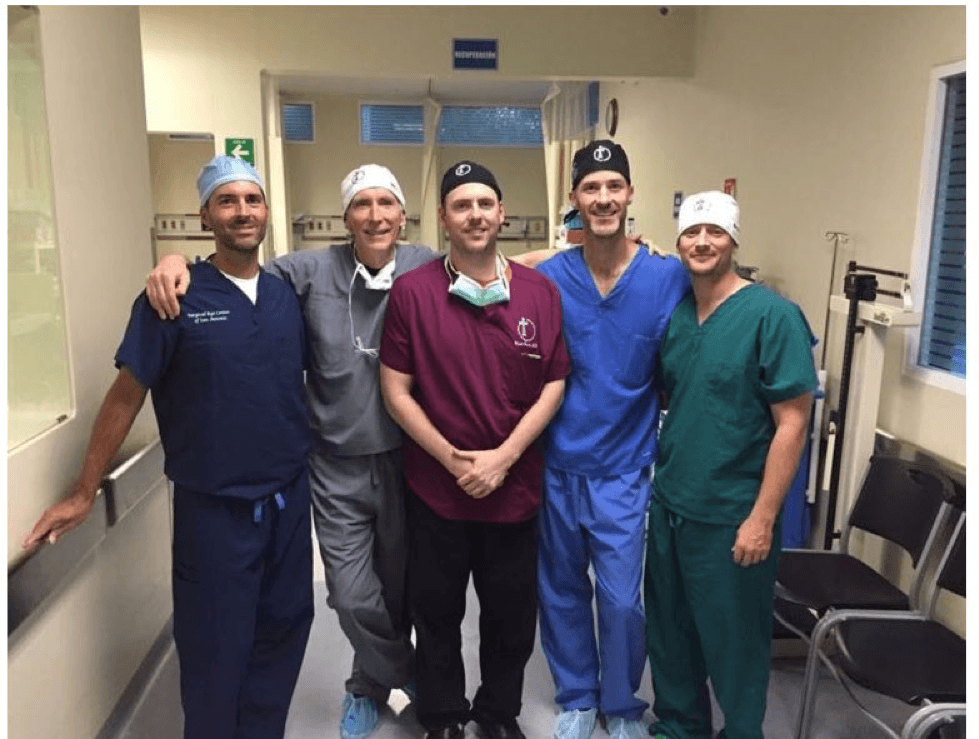 If luxury travel is your thing, don’t even think about taking your next “vacation” with Vero Beach’s Dr. Robert Reinauer, a fellowship-trained vitreoretinal surgeon.

When Reinauer packs his bags – often brimming with medical supplies – and travels some 1,500 miles to Montemorelos in northeast Mexico, it isn’t to relax in the sun with a drink in hand, but rather to teach, mentor and advise medical students at the Vision Institute Hospital La Carlota and to perform sorely needed eye surgeries.

And “sorely needed” is something of an understatement.

According to the World Health Organization, some 300,000 cases of cataracts are diagnosed each year in Mexico, while many times that number go undiagnosed.

Meanwhile, 16 percent of Mexico’s adult population has diabetes – the highest percentage of any country in the world – and 9 million people in the country have lost their sight due to diabetic retinopathy, which the U.S. National Eye Institute says “affects blood vessels in the light- sensitive retina that lines the back of the eye.”

Add diabetic macular edema and glaucoma to the mix, and the picture gets even worse.

Which probably is why Reinauer, a small-town guy from Hereford, Texas, about 700 miles north of the Mexican border, takes these training and surgery trips with four to five other eye surgeons for the Christian Ophthalmologic Surgical Network.

Reinauer says he and the other traveling doctors are trying to bring the latest techniques in eye surgeries to our neighbors south of the border.

The Vision Institute Hospital La Carlota in Montemorelos “has one of the best [ophthalmologic] residency programs in Mexico,” according to Reinauer, so he and his fellow surgeons are not performing operations “in some tent in the jungle.”

But the schedule can be grueling.

As Reinauer explains, “We’ve operated from 8 a.m. until 10 at night. We just keep going as long as the patients keep coming. It’s hit or miss as to when patients arrive, because their bus can get stuck or break down, so they may not show up that day and then the next day we have everybody show up.”

On a week-long trip in March, Reinauer and his colleagues performed an astonishing 600 eye surgeries, and he plans to go back again this summer to do more sight-saving operations.

New Vision donates needed medical supplies to the missions, which is a big help since Reinauer and the other physicians pay their own way. And more.

“The people who go with us,” Reinauer explains, “like my surgical technician and scrub nurses, they all go for no cost. Doctors pay for everything, because we figure they’re giving up their vacation and they’re going to work to help us.”

So, don’t bet on “champagne wishes and caviar dreams” on a Reinauer “vacation.”

About the only things he brings with him on these missions are his skills, his donated medical supplies, a surgical support staff and – as anyone who knows this soft-spoken Texan is probably aware – a collection of outlandish socks that are his trademark.

Dr. Robert Reinauer is with New Vision Center at 1055 37th Place in Vero Beach, directly across from the Indian River Medical Center. The phone number is 772-257-8700.