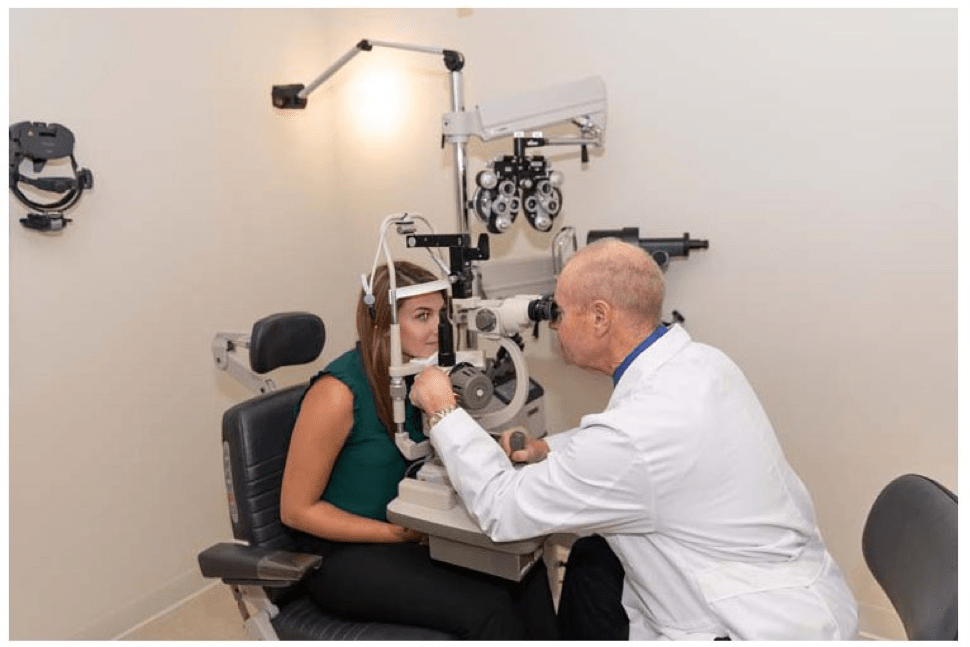 Going online to read about LASIK eye surgery will bring an instant avalanche of acronyms to your screen.

You’ll find LASIK, LASEK, PRK, AST, IOL and a host of other procedures all on the same page and you might just need a Greek-to-English dictionary to decipher some of them.

A much easier and much less confusing way to learn about the wide range of laser eye surgeries available in 2018 is to talk to a seasoned professional like New Vision eye surgeon Dr. David O’Brien.

After all, O’Brien had his own vision corrected by LASIK eye surgery some 21 years ago and was pioneer of laser surgery in Vero Beach.

Despite all the options mentioned above, LASIK – the letters stand for laser-assisted in situ keratomileusis – is by far the most commonly performed laser eye surgery for myopia (nearsightedness), hyperopia (farsightedness) and various astigmatisms. In most cases, the procedure can be completed in as little as 15 minutes – for both eyes.

Greek scholars might recall that “Kerato” means “corneal” and “mileusis” means “cutting” or “carving” but, happily, there isn’t any carving involved. No surgical blade of any kind is used in LASIK surgery.

As O’Brien puts it, “we use lasers exclusively,” and as it happens, very few eye centers have the experience with lasers that O’Brien and New Vision have – 23 years’ worth, to be exact.

O’Brien got a head-start on many doctors by participating in FDA clinical trials of laser surgery devices and techniques.

“Being involved in clinical trials gave us access to [the newest laser] technologies,” O’Brien says. “We kept getting new iterations before they were FDA-approved. We used them in those clinical trials, and then stopped using them until they were approved.”

When the FDA did approve various lasers for surgery, O’Brien and New Vision already had amassed valuable experience in their use, and they have continued to upgrade their equipment constantly.

There are, in fact, two separate lasers involved in LASIK surgery: an ultra-fast “femtosecond laser” which generates an energy burst every one quadrillionth of a second, and an “excimer laser” that uses ultraviolet light to vaporize tissue from the eye’s surface.

The two lasers combine to reshape eye’s cornea (the clear, round dome at the front of the eye) improving the way the eye focuses light rays onto the retina.

While the Federal Trade Commission says “millions of people have had LASIK surgery to correct their vision with great success,” it also points out that not everyone is a good candidate for the surgery.

“You have to have good judgment in your patient selection,” he says. “People who aren’t good candidates should not have this procedure done.”

“For me,” O’Brien continues, “people who have very high corrections [needed] that will require a deep laser ablation of the cornea to change the shape appropriately or if they have very dry eyes,” should be treated with alternative surgeries such as AST, or Advanced Surface Treatment, instead of LASIK.

AST utilizes “the latest in custom, wavefront optimized excimer laser technology … [that creates a] cool ultraviolet light and produces no heat,” and can correct most visual problems while leaving cornea intact, according to New Vision.

“Although the healing process is slightly longer with AST versus LASIK, the end results are equally good and the re-treatment rate is very low.”

Re-treatment rates is another area where O’Brien and New Vision seem to shine. While the FTC claims that “10 percent of LASIK patients in the U.S. require a second surgery, called re- treatment to restore the desired vision correction,” O’Brien notes, “my re-treatment rate is less than 1 percent.”

That’s important because most LASIK-type surgeries are not covered by insurance or Medicare and the prices can range from $4,000 to $12,500.

O’Brien says that at New Vision, the price for LASIK surgery is “typically $4,800” and points out that, in the statistically unlikely event a patient does need re-treatment, he will do it at no charge for up to a year after the first procedure.

If you ask O’Brien what the future of LASIK and all those other laser eye surgeries will be, he has a ready answer and it doesn’t involve re-inventing the wheel.

“I think that, really, when I go to our academy meetings,” O’Brien says, “what you hear people talking about is management of the ocular surface. It’s not sexy. It’s not a super new X-ray laser that’s going to give you even further results. What people are focusing on now is how we can take an excellent procedure and really perfect it.”