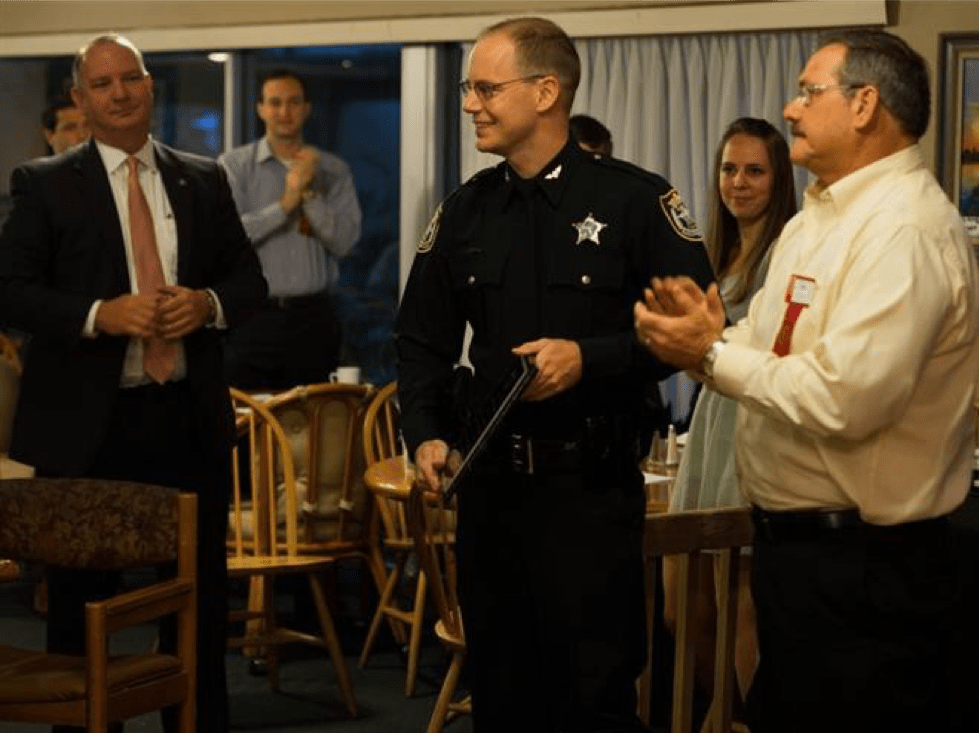 Sheriffs Deputy Christopher Lester grew up in Vero Beach, so he knows the streets of Indian River County like the back of his hand. But the problem is, that’s about as far as he can see clearly without his glasses.

An issue that most people find merely irksome nearly became deadly for Lester during a routine traffic stop early in the morning of Dec. 18. When he pulled over Andrew Coffee for having no tag on his scooter, dash cam video shows that Coffee slugged the officer before engaging him in an exchange of gunfire.

Lester was shot in the leg, but was still able to fire accurately enough to injure Coffee twice.

“When I saw the video, it made me angry – the first thing that guy did was knock off (Lester’s) glasses,” said ophthalmologist David O’Brien of New Vision Eye Center in Vero. “And I immediately thought,’This is fixable.'”

Shortly after the incident, O’Brien invited Lester to his office for an exam and explained the benefits of LASIK surgery.

But Lester, 25, knew he couldn’t afford it. The deputy, who has been on the force less than a year, has a new home and a new truck to pay off.

And only two weeks before he was shot, he’d asked his girlfriend Kelsey Curtis – whom he’d known since elementary school – to marry him.

O’Brien never intended for the young couple to take on that financial burden.

At last week’s meeting of the Sunrise Rotary, Lester found out the doctor would be performing the procedure at no cost.

“This is what makes my job fun,” O’Brien said.

And it isn’t the first time he’s stepped up to help those who risk their lives to protect others. O’Brien has donated surgeries to first responders before, as well as military personnel.

“It’s a passion of mine,” he says. “These people put themselves in harm’s way every day and if they can’t see, that just increases the danger.”

Lester has had his glasses knocked off before, in the line of duty. But Coffey’s aggression – and his gun – made December’s altercation far more life-threatening.

“He fired six rounds at the deputy,” said Sheriff Deryl Loar at the Rotary ceremony, where Lester was also awarded the club’s First Responder of the Year award.

The sheriff applauds O’Brien’s generosity – stressing he’s behind “anything we can do to make things less dangerous” for his officers.

“I’m a big believer in (laser surgery), because I’ve had it done. It changed my life,” said O’Brien. “And I’m so excited for Chris to be free of this hindrance.”

Curtis says that she and Lester have been overwhelmed by their home town’s kindness, since his injury. People have been stopping by to visit and help the hobbled officer throughout his recovery.

His appearance at the Rotary Club was one of his first times out without his crutches.

“The support we’ve received from the community has been just incredible,” said Curtis. “I don’t know how to describe the way it’s made us feel.”